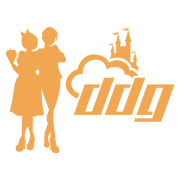 Ahead of you are five news topics from our DDG view point, so lets start spreading the news with contributors Michelle and Sarah and here are this weeks topics:

This week saw the release of 2016 packages and a few changes have been made. For mini golf, vouchers have increased, yes you read that bit right, from two to four vouchers, plus four vouchers have been added enabling admission to ESPN Wide World of Sports. Also, there are discount changes for Splitsville and Planet Hollywood. However, there have been removal of some restaurants from the packages. How do you feel about this?

Also this week, Cinemablend.com released news that Cinematographer Janusz Kaminski, during a Variety expose on his career, revealed that his next project is the upcoming fifth Indiana Jones movie. So the question is, would a 72 year old Harrison Ford work or should film makers re-invent the role with a younger actor?
Lets leap to Animal Kingdom and Zuri's Sweet Shop and it seems to have been doing a roaring trade... well everyone on our twitter feed has been giving it a go! What are your thoughts? On the show, I ask Sarah what she thinks and whether she is game to try! I'll give you a clue, her answer was no!

Moving to the west coast of the USA and in Disneyland have you ever wondered what the bakers, artists and engineers that create the Haunted Mansion Gingerbread extravaganza do during the summer? Well they build a replica castle! Inside the stunning Grand Californian Hotel you will find a 3 foot tall rendition of Sleeping Beauty Castle and it took a staggering a 140 hours to create. We are talking about 54 pounds of rice cereal, 18 pounds of marshmallows, 30 pounds of white chocolate, 40 pounds of gum paste, 15 pounds of fondant and 6 hidden mickeys!
Finally, more details have been released about the Disneyland Paris inaugural half marathon. Package registration will start next October 6th, 2015. There is also a limited number of individual registrations available from 12th January 2016. From what we gather, package registration is race ticket and accommodations. No prices as yet we are afraid. For further information, go to run.disneylandparis.com

We hope you have enjoyed reading these notes and if you want further details, please take the time to listen to our podcast either via iTunes (subscribe by clicking here).
Posted by Disney Dream Girls Podcast at 08:28