Welcome to the show notes that accompany our podcast episode 53. Our show can be found by visiting the iTunes store or by using the player below.

This week, it was officially announced that Disney Quest will close in 2016 to make way for the NBA Experience. Disney Quest has been open since 1998 and this high-tech, five storey indoor interactive theme park is now slightly out of date. We guess Disney want to ensure this large space is giving them, and their guests, the best return possible.

Next is another Walt Disney World closure and this time it is at Disney Hollywood Studios. The Magic of Disney Animation is due to close by 18th July 2015. It is quite a sad day with the animation element of this park leaving but as we are unsure on what is coming, I guess I will hold judgement. However, I will be very upset if elements of One Man's Dream is not incorporated somewhere within WDW.

Whilst at DHS, permits that have been submitted hinting that the Osborne Family Spectacle of Dancing Lights will be around for 2015 but further than that their future is unknown.

Over at Walt Disney World is the Contemporary Resort and their new offering titled 'Family Culinary Adventure'. This is a cooking based activity for guests aged 9 and over, offered twice a week in the resorts kitchens. It involves being assigned to a kitchen station and spending an hour performing food preparation, before sitting down to a five course meal (wine and beer are included with the price) with chef entertainment/demonstration. Roughly lasting 3 1/2 hours guests will then leave with not just full tummies but a signed Disney cookbook and a chefs hat. Cost? $175 for adults and $125 for guests aged 9 to 12. Personally, I think for those ages 12-20 who are not able to drink alcohol that price is a little high otherwise it is something I really really want to do!
Final WDW stop is at EPCOT and this is for the dates of the Candlelight Processional. Whilst, not all narrators have been announced, we hope this guide will help you plan your trip.

The show takes place three times a day, except for 6th December 2015 and as usual, narrators and details can change. Park tickets cover the cost of this, however lines for showings can get long. Therefore there is the option to take advantage of a dining plan which guarantees a seat. 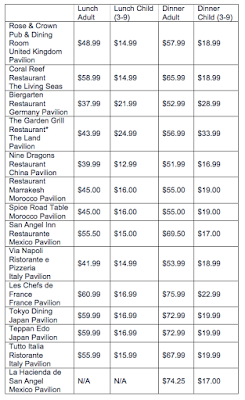 Now lets visit Disneyland and Anaheim City Council has agreed to extend the arrangement of not charging visitors to Disneyland ticket-taxes for a further 30 years. This is in return to Disney being committed to commence building work by the end of 2017 for a theme park expansion. This expansion must be complete by 2024. Can't wait to hear what these plans will be!
Finally, we mention two pieces of merchandise on this weeks show. Artist Jasmine Becket-Griffith stunning artwork and the uber cute Orange Bird plush.
This week sadly, Disney imagineer, sculptor and legend, Blaine Gibson, died at the age of 97. Blaine Gibson began his career at Disney Studios as an artist working under an assistant animator; working on Fantasia, Bambi and Peter Pan. However, he was a student at Pasadena City College studying sculpture. This led to Walt moving him to work on his Disneyland project and rising to the role of head of sculpture in WED Enterprises. If it is sculpted, it’s likely Blaine did it. We are left with a legacy of figures in the parks, the most prominent being the partners statue, namely Mickey Mouse and Walt Disney, which was installed in 1993. 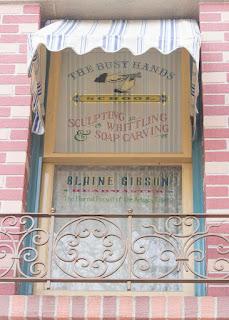 “Blaine Gibson was one of the most important storytellers among all the great talents on Walt Disney’s team of Imagineers,” said Marty Sklar, former vice-chairman of Walt Disney Imagineering. “He showed all of us how to make our Disney park show characters so realistic you never had to guess the role of any three-dimensional figure in our attractions.”

Thank you for reading and hopefully listening. We will be back on July 19th with more Disney food and a special mouth-watering food filled feature.
Posted by Disney Dream Girls Podcast at 15:19